River Rat Poker League rules are based on Roberts Rules of Poker and an abbreviated copy appears below. We also have a few House Rules that may differ from other leagues. All rules are subject to change any time, and all rules are open for interpretation to the Tournament Directors best understanding of the rules at time of decisions.

The player behind the dealer, with one hand, will cut card in approximately the middle

OUT OF TURN BET

A raise must equate to anything over the previous raise. Here are some examples.

Tournament directors will attempt to maintain a pleasant environment for all our players, but is not responsible for the conduct of any player. We have established a code of conduct, and may deny game entry to violators. The following are not permitted:

The following actions are improper, and grounds for warning, suspending, or barring a violator:

SECTION 4
BUTTON AND
BLIND USE

In button games, a playing dealer normally does the actual dealing. A round disk called the button is used to indicate which player has the dealer position. The player with the button is last to receive cards on the initial deal and has the right of last action on all but the first betting round. The button moves one seat clockwise after a deal ends to rotate the advantage of last action. One or more blind bets are usually used to stimulate action and initiate play. Blinds are posted before the players look at their cards. Blinds are part of a player’s bet (unless a certain structure or situation specifies otherwise). A blind other than the big blind may be treated as dead (not part of the poster’s bet) in some structures, as when a special additional “dead blind” for the collection is specified by a card-room. With two blinds, the small blind is posted by the first player clockwise from the button and the big blind is posted by the second player clockwise from the button. With more than two blinds, the smallest blind is normally left of the button (not on it). All RR games have free to play options On the initial betting round, action starts with the first player to the left of the blinds. On all subsequent betting rounds, the action starts with the first active player to the left of the button.

These rules deal only with irregularities. See the previous chapter, “Button and Blind Use,” for rules on that subject.

SECTION 6
NO LIMIT AND
POT-LIMIT

A no-limit or pot-limit betting structure for a game gives it a different character from limit poker, requiring a separate set of rules in many situations. All the rules for limit games apply to no-limit and pot-limit games, except as noted in this section. No-limit means that the amount of a wager is limited only by the table stakes rule, so any part or all of a player’s chips may be wagered. The rules of no-limit play also apply to pot-limit play, except that a bet may not exceed the pot size. The player is responsible for determining the pot size at no-limit, not the dealer. The dealer is responsible for determining the pot size at pot-limit, and should enforce the pot-size cap on wagers without waiting to be asked to do so by a player.

By participating in a tournament, you agree to abide by the rules and behave in a courteous manner. A violator may be verbally warned, suspended from play for a specified length of time, or disqualified from the tournament. Chips from a disqualified participant will be removed from play. Players, whether in the hand or not, may not discuss the hands until the action is complete. Players are obligated to protect the other players in the tournament at all times. Discussing cards discarded or hand possibilities is not allowed. A penalty may be given for discussion of hands during the play. 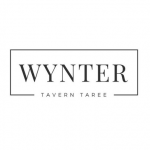